The 2022 New York Auto Show certainly didn’t make history for its abundance of unveilings. Several car brands were conspicuous by their absence, while other divisions had nothing to reveal at this annual meeting, which has been disrupted – like all other car shows for that matter – by the pandemic for a little over two years.

Nevertheless, the organizers of this international show have found a way to “fill” some of the rooms of the Javits Center, the place where the show has been held since the 1980s.

Alongside the more official unveilings, which all ended up on our site yesterday (and which are listed below, for your reading and viewing pleasure), here is what caught the attention of our collaborator Vincent Aubé who was present at this day reserved for the press, and who found a few moments to venture into the more distant regions of the Javits Center.

See the vehicles for sale available near you 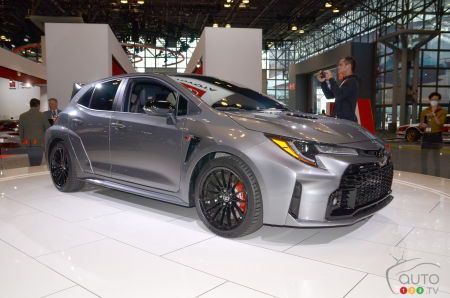 The new bombshell inspired by the world of rallying is causing a lot of talk in the discussion circles of driving enthusiasts. We don’t know all the details yet – the prices of the Canadian version among others – but one thing is certain, to be able to take a look at the car on a show podium only increases our desire to try it on a closed circuit… or even on a clay surface! 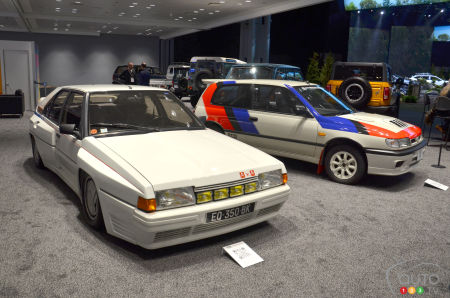 A Citroën BX 4TC and a Nissan Pulsar GTI-R

To stay within the “motor racing” theme, here are two racing cars from two periods of the automobile of the last century. On the left, a Citroën BX 4TC developed for the Group B category in rallying in the mid-1980s. The French car was not only dressed in this angular dress as possible, but it also benefited from a turbocharged 4-cylinder engine and an all-wheel drive.

On the right, a Nissan Pulsar GTI-R launched in the early 90s, the bombinette which was also powered by a 4-cylinder turbo and all-wheel drive.